The third graders are learning algebra using our Hands On Equations kits. These are videos that were made after one of our earlier lessons, before they started learning the legal moves.  The kids will have to make new videos with their new understanding. They love it as much as I do and we are almost done with Level 1.  Next come the verbal problems, which are also a lot of fun.

Several weeks ago I asked the 5th graders to find an accurate measurement of the light poles on our back parking lot.  The tricky part was that they only had a yardstick at their disposal.  Below you can see their thinking.  :)

After trying our hand at the light pole problem, the kids then heard the Story of Thales.  A man of firsts: the first known Greek philosopher and scientist, the first person associated with the use of deductive methods in mathematics.

We learned about two of his theorems:

The opposite angles of two intersecting lines are equal.

Any triangle inscribed within a half circle is a right triangle.

We heard a story that Thales figured the height of the Cheops by using his shadow, his height, and the height of the pyramid’s shadow.  No one is certain that this story is true, but it led to learning about proportions and what isn’t fun about that?

Below you will see the proportion problems researched, written, and solved by the kids.  They each researched the height of a famous landmark and used that information to determine it’s shadow.

This week in first grade the kids got to explore the world of multiplication, and boy were they excited.  The concept of multiplication seems so mysterious and exciting to kids…especially when they think they are learning it years early.

We have just started to dive into the wonderful world of math and Fibonacci.  Last Wednesday the kids went through a series of challenging sequences, one being the famous sequence popularized by the great mathematical thinker, Fibonacci.  The kids had a blast playing with the sequence and seeing how quickly the numbers grew.

This Wednesday the kids created their own sequences.  They had to include at least 2 mathematical operations.  The 4th graders created QR codes so that we could check and see if we were able to figure out the mathematical pattern in their sequence.  The Thinglink below houses all of the kids sequences.  You can try to solve them and then check your answers by scanning the QR codes on their 2nd slide.  To scan a QR code you need a QR reader on your phone, tablet, etc.  There are ton of free ones: qrafter, red laser, att scanner, any will do. 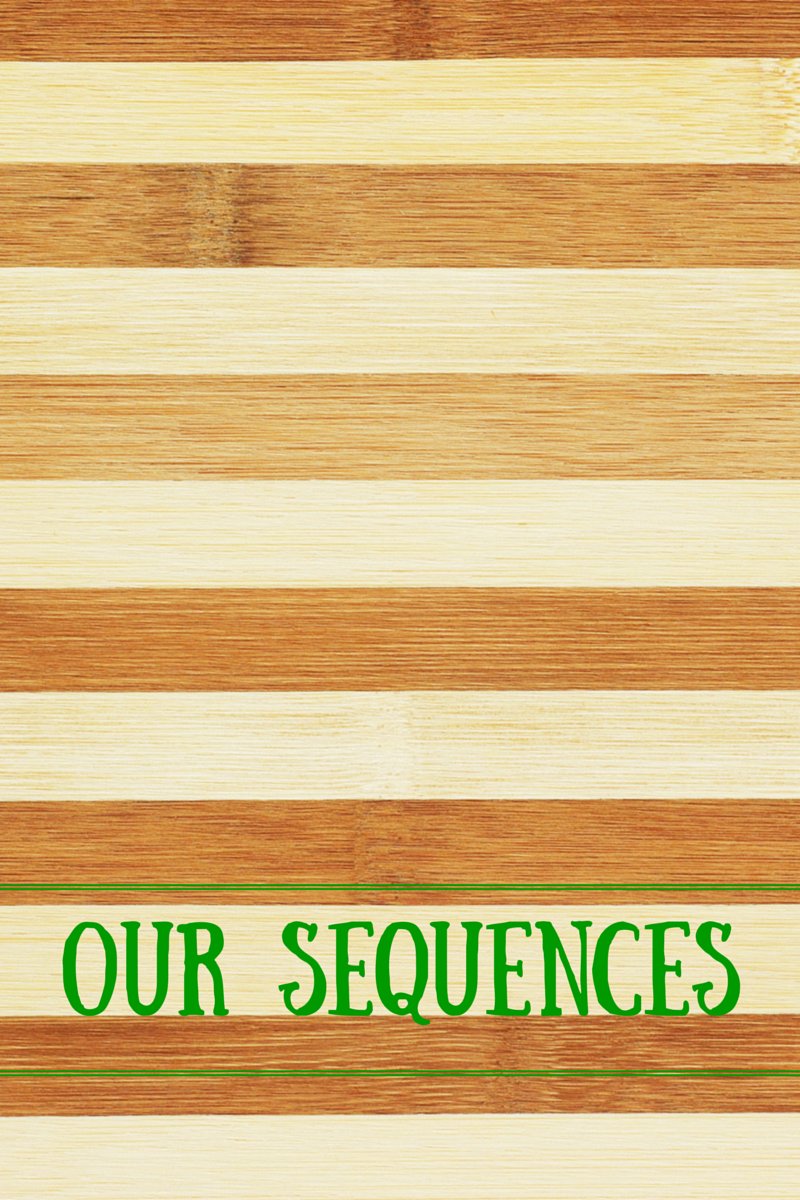 After creating their sequences, the kids had the chance to use a new tool called Pixton to create cartoons of Fibonacci’s sequence in action.  Not all of the kids are finished, but below are a few of the cartoons created so far.  I will share the rest as they finish up. To see the full cartoon, click on the square with the arrows pointing out on the bottom right of each cartoon.

In 2nd grade we have been studying structures, both natural and man-made. Before the Christmas break we took a look at how snow crystals were formed, specifically the hexagonal nature of the snowflake.  This led to studying the beehive and seeing the connection between the two.  In looking at the beehive we learned about Tessellations and M.C. Escher.  The 2nd graders are currently creating their own Tessellation art inspired by Escher.  They started by creating their tile, then putting their divergent thinking skills to work and turned their tile into something. I always love to see what the kids come up with.  I will share their finished tessellations next week.

In 5th grade we have learned that the early philosophers were our first mathematicians and scientists because they had curious minds and wanted to know why.  This year we have studied Pythagoras, Thales, Archimedes, Plato, Aristotle and Socrates.  I decided that the kids were ready to be the teachers, so the kids broke into groups and they were each assigned an important mathematician from the past.  They were to create a presentation that would teach us biographical information about their person, but they also had to learn about one of their contributions to the world of science or math and teach us.  They will be presenting in the next couple of weeks, but here are parts of their presentations.

I am long overdue in posting about 5th grade, but have no fear we have been hard at work every Tuesday.  I am excited about some of the work that we have been doing and think you will enjoy our future posts showcasing the kids work.

This second semester the 5th graders have been introduced to many great minds: Thales, Pythagoras, Archimedes, etc.  We discovered that these philosophers were the early mathematicians and scientists because they were the people that dared to ask why and to question accepted truths.  I figured that  I was due for a break from being in charge of teaching all of these math concepts…the studying I have been doing has proved exhausting :). I decided to charge the 5th graders with the responsibility of teaching about the last 4 great minds on my list.  The kids broke into groups and were each assigned a mathematician and/or scientist to learn about.  They were given Newton, Galilee, Napier, and Pascal.  Each group has to come up with an engaging presentation to share biographical information about their person and a hands-on activity to teach one of the concepts their mathematician is known for.

The creativity and passion they have been putting into their projects has been inspiring.  I told the kids that they needed to present and teach in a way they would like to learn.  Apparently I need to add more props and costumes to my teaching.  I have groups creating talk shows, groups using puzzles and games, and much more.  What I have really enjoyed is seeing the kids research the math and science concepts, attempt to figure them out, and think of ways to present them to the class.  One group was showing me Napier’s Bones, an early way to calculate complicated multiplication problems.  Another group has designed a balloon rocket to demonstrate Newton’s law that every action has an opposite and equal reaction.  I know the kids are going to love building those.  I watched another student try to show his teammates how Pascal’s Triangle works.  Awesome thinking is happening here on Tuesdays!  I will post all of the presentations as they are shared with the class, but here are a few images of the kids at work. We have also been hard at work on Genius Hour Projects.  We have kids trying to figure out the math behind a magic trick, learn the Arabic language and a little about Islam, how to make cheesecake, making games on Scratch, how to play the National Anthem on the guitar,  and creating a Lego movie using Stop Motion.

In 5th grade we have been learning what it means to be  philosopher and the tools you need in order to think more like a philosopher.  Through our learning we discovered that the earliest philosophers were also our first mathematicians and scientists, because they were the ones asking questions, wondering, not willing to look at things through only one lens.

This semester we are going to spend time investigating many of the early contributors to the fields of mathematics and science.  We started with Thales, oft referred to as the Father of Geometry.  We started by talking about the fact that a problem can only be a true problem if we are not sure how to go about solving it.  A novel concept to many of these kids!

The problem:  Find the height of the light poles in the back parking lot, using only a yard stick.  You must be safe, so no climbing the light pole. Yes, I did have to explicitly say this. 🙂  The problem was inspired by a story about Thales figuring the height of the Great Pyramid in Egypt. Below you will find a video of the kids thinking as they attempted to find a solution.

On the day we were attempting to solve the light pole problem, it was a cold Texas morning and the kids were quite distracted by the icicles on the tree. Can you see them?  Funny, what excites us in South Texas. In the coming weeks I will post some video of the kids explaining how to solve this problem and how to prove two of Thales theorems.  Below is a picture of one of my student’s practice with Thales theorems: 1. any triangle inscribed inside a semi circle will be a right triangle 2. the opposite angles of any two intersecting angles will be equal. The last several weeks we have learned about polygons, polyhedrons, their connection to crystals, and then into their influence in the structure of the bee hive.  In looking at the bee hive the kids learned a new term: Tessellate.  We looked at examples in the world.  We explored the difference between regular, semi-regular, and demi-regular tessellations.  The kids were introduced to M.C. Escher and his incredible tessellations.

We first looked carefully at the rules and patterns related to tessellations.  The 2nd graders pulled out the pattern blocks and tried their hand at creating both regular and semi-regular tessellations. Here are some images of the kids in action. After exploring the regular, semi-regular tessellations and the demi-regular tessellations by MC Escher the kids and I decided we wanted to try our hand at creating a more complex tessellation, like Escher.  We used a note card, some scissors, and tape to create our complex shape and then set out to cover the plane of our paper with our new shape.  They are not quite done, but they are going to be awesome when they are finished.  Here are some picture so them working. We have also started a new novel, Punished.  It is a great book and will introduce the kids to some fun new words.  As I am reading, the kids are doodling what they are visualizing.  Here are some of their doodles. In 2nd grade we continued to work on finishing our Polygon centers.  Many kids are nearly finished and ready to showcase all that they have learned next week in their final assessment.  The centers have been fun and their new knowledge will positively impact their understanding of man-made and natural structures. Enjoy some of their finished centers below.

Another Polygon Riddle by Michael and Dasom

Polygon Riddle by Jonas and John

This week the kids were also introduced to another new word: Polyhedrons. The second graders knew right off that it probably had something to do with shapes because it started with POLY like polygons.  One even guessed that maybe they were 3-D shapes. We watched a BrainPop and learned some new vocabulary related to polyhedrons.  In the video the kids were introduced to a special type of polyhedron called the Platonic Solids.  The 2nd graders had the chance to touch each solid and count the edges, faces, and vertices.  Next week they will make the hexahedron.  They are very excited.